Mount Kilimanjaro base camp is known as Barafu camp at an altitude of 4,673 meters (15,330 feet. Barafu camp is the last point before hiking to the summit, or sometimes before going to the crater camp. Crater camp is a station located a few minutes before Uhuru peak, also near the Ash pit. Furthermore, along with Barafu camp features, we will discuss seven summit peaks, volcano, and Kilimanjaro routes.

The Ash pit is a feature that shows the presence of the Volcano at Mount Kilimanjaro. An Ash pit is a hole that remained after a volcano’s lava flow. In fact, the Volcano crater is the depression that exists at the top of Kilimanjaro’s highest volcanic cone. You need courage, and extra cold protection to sleep at Kilimanjaro crater camp with a height of 5,750 m (18,865 ft) above sea level. For your information, Barafu camp owned by the Kilimanjaro Tanzanite Safaris DMC has the best quality alpine tents, has the warmth bedding material, and gives you strength for the summit hike.

Approximately 40000 people ascend Kilimanjaro yearly. Mount Kilimanjaro stratovolcano is not a part of the mountain range, but it starts from a savannah area on low plains. This means Kilimanjaro has a meaning to local people in terms of life. Kilimanjaro foothills have fertile soil, bearing a rainforest, and wildlife. Also, there are streams of water, and bearing many waterfalls, which are the sightseeing places, in Moshi. Chagga tribe are the local people who live around the mountain and form a large group of professional mountain guides and porters.

Now, let’s talk about how climbers get to the Barafu Hut. Machame route and Lemosho trail are the Kilimanjaro routes that use Barafu camp as a base camp, for summiting Kilimanjaro. The northern circuit route is another trail that begins at Londorosi gate and stops at different camps overnight. On the last night before the summit hike, you also sleep at Barafu camp.

We also, inform you that Kilimanjaro is a very large volcano made of ash, lava, and rock. Kilimanjaro is made up of three cones: Kibo, Mawenzi, and Shira. Kibo is the summit of the mountain and the tallest of the three volcanic formations. So, throughout the Kilimanjaro hiking voyage, visitors will see several volcano rock features such as Zebra rock, and Lava tower. You have to know that the Zebra rock can be seen in the Marangu route, and its base camp is Gilman’s point. Alternatively, the Lava tower will be seen if climbers choose either the Machame route or the Lemosho trail. We have compiled details of each Kilimanjaro route, hence you can compare, and choose the trail which best suits your needs. 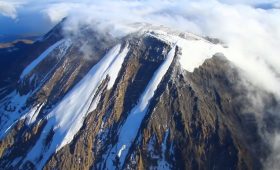 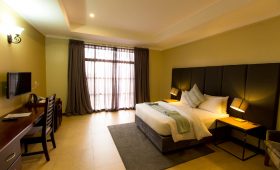 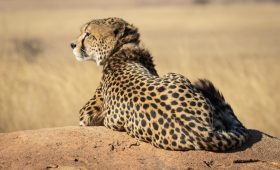